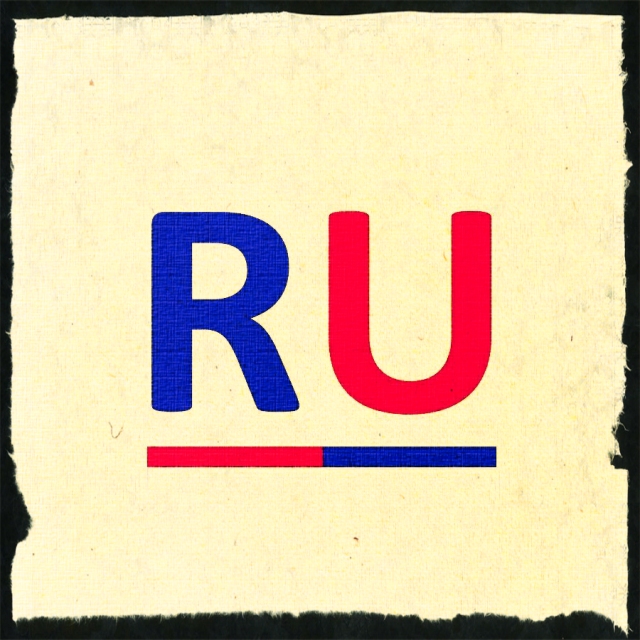 I’ve mentioned previously that I like inventing new words. As the 5th anniversary of Russian Universe is in just two months, I’ve decided to publish all the important RUneologisms from 2013 to 2017 in alphabetical order. Here they are:

🐻 Cargo Culture. Russia is focused on the West, which is generating meaning, that is copied and then reproduced within the framework of what can be called a cargo culture. The latter plays a significant role in Russian worldview and identity building, whereas klyukva* is just a particular case of ethnocultural stereotypes. […] In other words, cargo culture is a process of constructing and redistributing mythologized Western images (patterns), given the latter are overvalued due to their Otherness. [To be more specific, cargo culture is manifested in terms of: Worldview (idealization or demonization of the West, xenopatriotism, conspiracy theories, decontextualization of latest Western cultural trends, Russian double consciousness, etc.); Various goods, clothes and other products from the West, which brings this aspect of cargo culture closer to classical cargo cults; Language (using non-Russian substitutes for words as often as possible, ‘pidgin Russian’).].

🐻🐻 Crussialism. Real Russia’s problems do exist and they serve as the realistic basis for the mythology of ‘imminent Russian collapse’. This Western collapsophilia [regarding Russia] can be referred to as crussialism (from crush + Russia + [certain amount of] realism).

🐻🐻🐻🐻 Esoteric Russialism. Russialism is a combination of realist and essentialist approaches to Russia. Yet still, there was another aspect, which was important to define. Finally, Esoteric Russialism was born; an umbrella term, based on three pillars: realism, essentialism and esotericism and/or mysticism. [The esoteric mosaic can be comprised of various components: the mysterious Russian soul and Russian mystery/Orientalization trend in general, anti- and pro-(neo)Eurasianism, literature-centrism** (including Russian philosophy), klyukvification***, Russia-related conspiracy theories, etc.].

🐻🐻🐻🐻🐻 Eternal Opposition is a narrative of the West and Russia as inherently confrontational entities. This involves constructing an image of a primordially hostile collective anti-Russian West in all historical periods (in Russian Westernophobic discourse), and similarly – primordially hostile anti-Western Russia in all its political forms (in Western Russophobic discourse). […] The concept of Eternal Opposition in the West is rooted in the idea that Russia always represents an existential threat to the West and vice versa. […] Eternal Opposition is in fact an imagined one. The myth of the eternal eschatological battle between the idealized West vs demonized Russia (or vice versa).

🐻🐻🐻🐻🐻🐻 Eternal sameness. The concept of Russia’s eternal sameness appears in a plethora of Western Russia narratives. By this ‘sameness’ I mean the continuity of Russia’s identical essence during all (or at least several) historical periods and forms of Russian statehood. The full vicious circle of Russia’s eternal sameness can be shown in the following simple succession (some of the links of this logical chain can be omitted or changed): Russian Federation = Soviet Union; Soviet Union = Russian Empire; Russian Empire = Tsardom of Russia; Tsardom of Russia = Muscovy (Grand Duchy of Moscow); Muscovy = Golden Horde. […] This mythological model strips Russia of any real change let alone progress: in this narrative Russia essentially stays the same, crawling on its ‘barbaric’ path as the West develops and evolves. […] Thus, the eternal sameness of Russia is the point of eternal return for Russia analysts.

🐻🐻🐻🐻🐻🐻🐻🐻 Literature-centric essentialism (or simply **literature-centrism) is the idea that the way Russia is presented in Russian literature reveals the ‘essence of Russia’.

🐻🐻🐻🐻🐻🐻🐻🐻🐻 Obviov’s Razor (Captain Obviov’s Razor): why blame somebody for something when you can blame Russia(ns) for everything.

🐻🐻🐻🐻🐻🐻🐻🐻🐻🐻 Pussy Riot effect is a phenomenon when Russians and non-Russians capitalize off of Western master discourse of Russia (Russian stereotypes, related memes, imagery, etc.) by applying it to Russian cultural heritage, social reality, historical narrative, in such a manner that it looks like a bad parody, mockery or even libel/slander for a wide Russian audience while being positioned (seen) as cool, hip or even progressive for (by) the Western general public. […] It can be seen as an attempt of selling Russian stereotypes to the Western audience in the form of authentic Russian phenomena. In other words, the Pussy Riot effect deals with packaging Russia in user-friendly wrapping paper of Russian stereotypes. [It should be noted that […] it is almost impossible to tell when klyukvification […] turns into a capitalization of this stereotypical narrative. Therefore, the Pussy Riot effect is the result of (financially) successful klyukvification.].

🐻🐻🐻🐻🐻🐻🐻🐻🐻🐻🐻 Russomania. The term Russophobia is overused nowadays. What we see in the media is induced and contagious Russomania. […] It’s a mania, obsession with a conspiracy theory that #TheRussiansDidIt****, based on a belief with no solid proof. [****it — this ‘it’ can mean literally anything: Brexit, Trump’s victory, DNC ‘hack’].

🐻🐻🐻🐻🐻🐻🐻🐻🐻🐻🐻🐻 Stealth Russians are educated, young, successful Russians who want Russia to be a democratic superpower. They are less likely to be seen in the Western media than a unicorn despite being not mythological creatures but a group of intelligent Westernized patriotic Russians.

🐻🐻🐻🐻🐻🐻🐻🐻🐻🐻🐻🐻🐻 TV-screen Russians. The Pussy Riot effect is often used as a means of building a career in Russia and/or in the West by ‘broadcasting’ the Western master discourse of Russia and making it look like it is the ‘voice of the Russian people’. The Russian surname of such broadcaster is a huge plus here which legitimizes the dominant Western Russia-discourse. I refer to such talking heads (experts, activists, writers, pundits, journalists) as TV screen Russians.

🐻🐻🐻🐻🐻🐻🐻🐻🐻🐻🐻🐻🐻🐻 Ushanka syndrome is an externalization/exteriorization of Russian stereotypes when a stereotypical view of Russia(ns) is portrayed by a foreign person who tries to look or sound the way s/he perceives as ‘Russian’.

If you like the content on this blog, you can thank the author via PayPal or other means!

2 thoughts on “The Russian Universe Vocabulary”